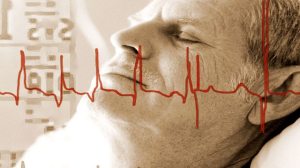 This is perhaps the oddest of the pieces so far in the 2014 season of Dangerous Visions – and in many ways one of the most unsettling, since at the end of it you aren’t quite sure if you should have been believing anything you’ve just heard. It’s a message from 2042 that’s being piped back to 2014 but given that we’re repeatedly told that our brains simply can’t deal with imagining what 2042 is like, the description of life must be inaccurate… (Yes, that way madness lies, which may be the point of the piece.)

Marinker adopts a tone which veers between slightly hectoring and almost regretful as the narrator tries to explain the few facets of life which we might get – such as a sleep machine which can be activated mentally, and allows you to skip all the boring bits of your life. It sounds attractive until you realise just how much would also be missed if you don’t have that downtime… and the narrator certainly doesn’t make you feel as if you’re missing anything by not being in 2042.

Verdict: Thought-provoking or a case of the Emperor’s New Clothes? Chances are your opinion will switch as you go along. 6/10

The next Dangerous Vision is the second part of Do Androids Dream of Electric Sheep? on Radio 4 at 3 p.m. on June 22