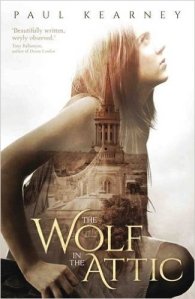 Paul Kearney’s new novel for Solaris is something of a departure for the critically-acclaimed author of The Monarchies of God and the Sea Beggars series. Here he explains the reasons for including two real-life giants of the genre in The Wolf in the Attic…

For much of my writing life I’ve written stories which, at their heart, had some kind of connection with the real life history of our real life world. For me, who devours history books as a hobby, the ideas and events which one finds littered through the past are sometimes so big and juicy and gobsmacking that they just can’t be ignored. So I spent seven years and five novels re-imagining Renaissance Europe in The Monarchies of God (Monks, Galleons and werewolves – what’s not to like?), and five more retelling the history of Classical Greece and Persia on a world with two moons with the Macht trilogy.

More recently, I completed a novel which had as its background not some far distant past, but one which is (just about) within living memory, and which is set in our own world, in a well known place. What’s more, I took actual historical figures and placed them within the story. The Wolf in the Attic takes place in the winter of 1929, in the city of Oxford, and tells the story of Anna Francis, an eleven year old Greek refugee making her way in a friendless world. By chance, she runs into two of the towering figures of twentieth century literature, C S Lewis and JRR Tolkien, and while these two men are not central to the book, they have a significant part to play in her young life. 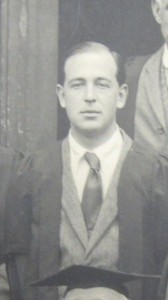 Why would I do that? It’s so much easier to make up characters than to try to portray real people one never actually knew personally. Believe me, it takes a lot of work to even make them utter a few sentences, to give them the voice they actually had, to remain true to who they really were.

But the moment I knew I was writing a book set in that year, in that city, I knew that I could not ignore these figures. They are, for a start, heroes of mine, about whom I have been reading all my life. I am Catholic, as was Tolkien. I hail from Ulster, as did Lewis. I went to university at Oxford, and know the city well. I spoke to people who knew Tolkien and worked with him. I smoke a pipe, enjoy abstruse philosophical debate, good beer, good books and dead languages. (Like Tolkien and Lewis I studied Old Norse and Anglo Saxon at Oxford.) This is not to say that I have some kind of intimate understanding of these men – far from it – but I did feel that I could connect with them in some way.

I didn’t want to make them major characters – I am not that arrogant – but to write effectively about that era in that city, I felt they could not be ignored without leaving out a vital, fascinating facet of the place. Also, the struggle that Anna goes through has an echo in that which was occurring within CS Lewis in the same year. At its heart The Wolf in the Attic is about good and evil, the nature of grief, and the possibility of hope in a brutal world. Lewis, a card-carrying atheist for all his early life, was at this time, (and through his friendship with the devout Tolkien), slowly coming round to a belief in God. Anna is wondering what to believe in a world which seems to have abandoned her and stripped her of everything she ever cared for. 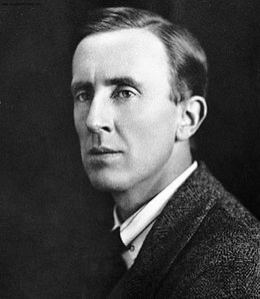 Writing Wolf, I saw it as a kind of fairy-tale, a fable which explores these issues (while still remaining, hopefully, a rattling good story). Those beliefs which these two men held dear and debated intensely all their lives were at the very heart of its genesis.

‘To believe that the world is just as we find it, with nothing of the numinous at its heart; that is intolerable. It simply throws the fact of our own mortality in our faces,’

And in the end, that is exactly what the book is about.

The Wolf in the Attic is out now from Solaris. Click here to order it from Amazon.co.uk