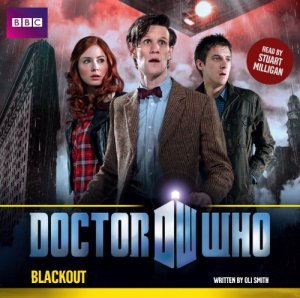 The 11th Doctor, Amy and Rory try to prevent the citizens of New York from being poisoned…

The latest CD story for the current TARDIS team unfortunately falls at a number of hurdles, and it seems likely that it must have been signed off before the script for Let’s Kill Hitler had been finalised. There are a number of elements that feature in both – including how the Doctor would deal with facing the last 30 minutes of his life – and unfortunately they’re diametrically opposite in the televised version and the audio story.

There are also some weird speedbumps in the writing with a mix of imperial and metric measures (yes, this could be from point of view shifts, but it really jumps out), while Rory and Amy make an important discovery – and are then surprised when the Doctor tells them the same thing a few moments later. And would road sweepers in 1965 really have been fitted with seatbelts?

The idea of Stuart Milligan narrating an American-set story makes sense, but his accents for the three time travellers are… interesting, to say the least, and there are moments where it’s really not clear whether Amy or Rory has the line of dialogue.

Verdict: The first real misfire of the range for some time.  4/10

Check our other Doctor Who and Torchwood reviews here