One of the very few people to have worked on Doctor Who from the first episode of the revived series up to its most recent is composer Murray Gold. In advance of the Symphonic Spectacular celebrating the music he has written for five Doctors from Christopher Eccleston to Peter Capaldi, which launches in the UK on May 23rd, he chatted with Paul Simpson over Skype from his base on the West Coast of America…

The Symphonic Spectacular is coming to the UK at last…

Are they new arrangements of the pieces, or the versions straight from the score?

They’re pretty much straight from the score. The only thing that they need to be fiddled for occasionally is the composition of the orchestra; when we play Australia, it’s sometimes slightly different, so Ben just juggles the scores then. We might have eight horns, we might have four. But being that it’s the National Orchestra of Wales – i.e. our actual orchestra – it’s pretty much the orchestrations that we used when we recorded them.

Because there are medley elements – things that were originally separate cues bleed into other cues – sometimes little bridging bars have to be added, but for the most point, they’re straight off the reel.

That massive cue in the graveyard in episode 12, Death in Heaven, though, we never had an orchestra session for that – that was all synths – so [orchestrator and conductor] Ben [Foster] did go and notate that, simply because it is included in the line-up for the Doctor Who Symphonic Spectacular. No orchestra had ever played it before. 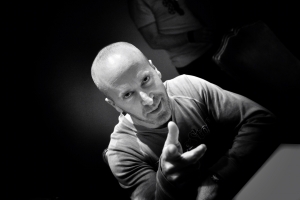 Which was the case with all of the Series 1 stuff before the National Orchestra were involved.

Yes. I think people would be surprised how much of what they think are orchestras that they’re listening to is actually played on synths… and of course the sample libraries have got ridiculously good now.

In the past, we have never absolutely known. Because contracts are always issued extremely late, you’re already halfway through the work when you find out what the budget is! Sometimes that’s meant making changes to how the work is done.

At the moment, we’ve struck what we hope is a happy “three orchestra days per season” thing. Last season, nearly all of the first orchestra session got taken up with episode 1, Deep Breath, because it was an hour and 15 long with probably an hour of music. You want to kick off the season in a big way, and so that pretty much soaked up the lot – we can pretty much get an hour maximum out of the day’s recording with the orchestra.

But that’s mindful of the fact that Capaldi’s theme would be included in that. We had to make sure to get versions of Capaldi’s theme from that session that could be used with different rhythmic arrangements and in a slightly different contextual setting musically, so we could smuggle it in.

Back in the day, when I only had one orchestral recording of Rose’s Theme, I had to work up slowly, inch by inch with a piano to get to Rose’s Theme and then unleash the orchestra. There weren’t the sort of samples then that were convincing. Now, if I have a one-minute or one and a half minute chunk of music, and there’s a strong theme which the orchestra is playing, I can ensure that that lands at the key moment in the scene, and inch up to it with all of these strings that are almost indistinguishable – it just sounds like one complete piece of music.

I suppose the television landscape has changed since 2005, and partly that’s because of Doctor Who. Many more shows now than then have scores which go right the way through; we’re probably on a climb-down from there at the moment. Some of the scores this season I would have just one Logic Project [i.e. one separate piece of music] – I know this is really technical! I’d have all of my instruments loaded into that one project. I’d start the first scene at bar 1, write in all of the tempo changes, and I’d end at the final scene, so you’d have just one cue with maybe 25 tempo changes. It’s scary because if you’re looking at it and think, ‘oh, well that cue could really have done with being faster’, you just can’t change that! It would bring all the succeeding cues falling in the wrong place.

Three sessions is where we’re at for the season; we did have one fewer episode last year. We’ve been doing 13…

But with the extra length start and finish…

I’m still working my arse off! Halfway through season 9, I’ll probably have done as much music for Steven as for Russell.

Technically it’s different, and it’s being written for different actors, but how much of the overall feel of the music has changed between the two showrunners? Russell’s Doctor Who was a sci-fi show, Steven’s is more of a fantasy show…

I’m really not good at genres. For me, there was a shift in 2010: an approach to life where life was a bit more focused on sadness. Because the central character was a girl who waited, the Doctor was someone you always felt was going to let her down. That made the music a little bit more blue. Having said that, Matt had probably the most joyous theme that any of them ever had!

Russell obviously wrote a very hopeful and optimistic version of Doctor Who; Steven, I think it’s fair to say, made the universe feel like a slightly darker place. Almost literally a darker place – there’s never an episode with Steven where the characters don’t end up literally in a dark place, and get lost in the dark. But regardless of that, it’s still that optimistic thing, it’s still a show about an intergalactic Atticus Finch who just tells human beings to travel for a while in the shoes of your enemy, who makes quips, uses his brain to avoid violence, and likes running (apparently!), set against the backdrop of the various sagas that both Russell and Steven have employed to keep the narrative thread through 13 episodes – whether it be Jackie Tyler, River Song… family sagas. It’s the same show. One writer has just emphasised one ingredient of the show over another.

When you and I first talked back in 2005, I probably had no idea where any of this was going, where Doctor Who was going, where the internet age was going; now, the tracks from what’s on at the Doctor Who Symphonic Spectacular are constantly played all over the world. I see them every now and again – someone will send me something on YouTube that’s quite unexpected and moving. I like that the music is connected with the theme of hopefulness. 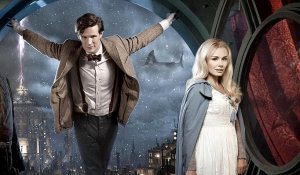 Are you involved earlier than you used to be?

They know to flag up anything. On A Christmas Carol with Katherine Jenkins, or The Rings of Akhaten, both had a fairly heavy music content, and nobody contacted me on either of those episodes until about two weeks before they were shooting! Partly that was my fault: Akhaten, I must have been sent the script but I probably thought – “that’s episode 7, I’m dealing with episodes 1 to 3 right now”.

Now there’s a slight sense of “What are we going to do about this? It looks musical. Let’s send for Murray!” But everything’s still done with an air of frantic chaos – maybe all drama is like this. Shameless was like that, that’s for sure!

Doctor Who is what you’re best known for – but is it what as a musician you’d want people to listen to of your compositions?

I think so, yeah. I’m giving it my best shot. I don’t compare it to any other show: I did Life Story over the summer, which in itself was a great landmark for me. I have Life on Earth, David Attenborough’s book from 1979, in my bookcase, given to me as the year English prize 1979. Two of the greatest things of my childhood – Life on Earth and Doctor Who – I’ve ended up writing music for.

I don’t compare the artistic output of what I do to any other TV show because it’s easily ahead of everything. The last Christmas episode is one of the things I’m most proud of, because I treated it as a symphonic suite. Because it was separate from the series, they completed it quickly – Paul Wilmshurst finished editing two weeks before the orchestra session – so I orchestrated it all. It was the first episode I ever had time to orchestrate. It was a lot more work, but artistically it was very fulfilling. 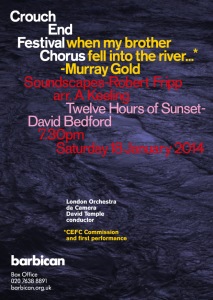 I’m starting to do these classical commissions. I did a thing about my brother dying in India at the Barbican in January last year, and that was very artistically and spiritually fulfilling. I’m writing a piece for Bristol Old Vic for their Proms this year about Spem in Alium, the Thomas Tallis piece – a version of it, no less. I thought I’d do it about space. They want a hopeful prayer, so I thought I’d do it about colonising Mars and giving up on Earth. I did the Song for Fifty [the celebration of Doctor Who played at the two Doctor Who Proms in 2013].

My first three classical commissions have debuted at Albert Hall, the Barbican and Bristol Old Vic – which isn’t bad for somebody who didn’t go to music school!

Kicking off England and Wales’ half term with a bang from Saturday May 23rd to Friday May 29th, the Doctor Who Symphonic Spectacular celebrates the world’s longest running science fiction TV series with the evocative and thrilling music written by Murray Gold in a six-city stadium tour, featuring over 100 performers.  The tour visits London, Cardiff, Birmingham, Leeds, Newcastle and finishes in Glasgow. Tickets are on sale at www.doctorwhosymphonicspectacular.com

The Series 8 soundtrack will be released on 18th May