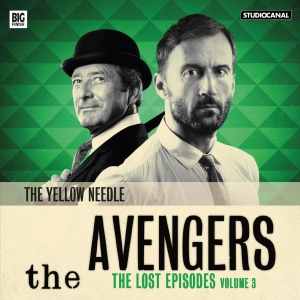 It would be fair to say that much of The Yellow Needle is as true to form to the clichés of 1960s drama as its predecessor in this box set, but it all hangs together a lot better. For a start, it’s a story that is predicated in David Keel’s background, and there is also a legitimate reason for Steed to become involved. There’s also some nice character movement in this – listen to the scene between Steed and Keel where the former encourages the latter to date Jacquetta. It’s very nicely played by Julian Wadham and Anthony Howell, who just for a moment allow the bond between the two men to become evident.

Audio of course means that we don’t have to suffer stock footage of either a plane heading towards Africa, or what to 21st-century eyes might seem like patronising footage of native dancing. For a moment I did wonder if the instance of violence towards a female character had been deliberately moved to being “off-camera”, but given the love of authenticity in these stories, that’s unlikely.

It’s a very 1960s sort of tale – the Roger Moore series of The Saint dealt with similar themes in The Persistent Patriots, which was updated for the 1978 Ian Ogilvy series as well! It’s also quite typical of these early Avengers stories, in that not everything is neatly tied up in a bow at the end. However, unlike in some cases, it doesn’t feel as if we need to know what happens next.

Ken Bentley has once again got together a strong cast, including many unfamiliar voices to the Big Finish range – and I hope we will hear from them again soon. Richard Fox and Lauren Yason’s sound design has to provide more than the usual sort of locations for an Avengers tale, and they never let it descend into cliché.

Verdict: Although occasionally predictable, this is a thoroughly entertaining fifty minutes. 8/10 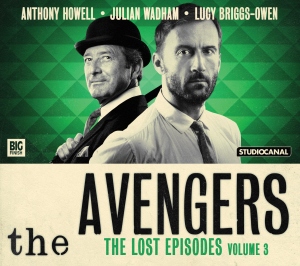 Click here to order The Avengers Volume 3 from Big Finish