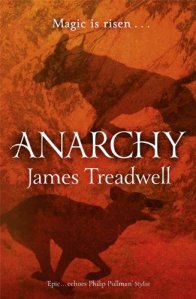 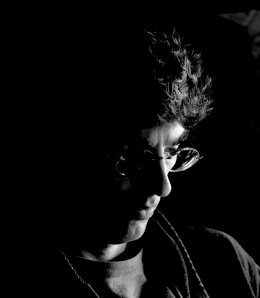 Before he began writing fantasy novels, James Treadwell was an academic specialising in 18th and 19th Century British literature. According to his website, “His current vocation can probably be blamed on reading Roger Lancelyn Green’s Myths of the Norsemen and Barbara Leonie Picard’s retellings of the Iliad and Odyssey at a formative age” and from there he enjoyed the work of Lewis, Tolkien, Peake, Le Guin and McCaffrey among many others. Anarchy is the second novel in his trilogy which began with Advent in 2012, and he recently answered some questions from Paul Simpson…

You’ve said that the original ‘image’ behind these books was around for years – did you ever feel a compulsion to try to write the story before you finally did?

Yes, often. But it was always a pipe dream. I had a publish-or-perish academic job and there’s no way I could have diverted substantial writing time into fiction.

What sorts of books did you read when you were younger? Is this trilogy something your younger self would have enjoyed? (It’s surprising how many authors admit that it’s something that they might enjoy now, not necessarily when they were the target age.)

I read fantasy. I read other stuff too, but whenever I went into a bookshop I’d go straight for the lurid paperbacks in the SF/Fantasy corner, hoping to unearth something… unearthly.

I don’t know whether I’d have enjoyed my own writing. It sounds unlikely – too much of a closed loop. I have a feeling one shouldn’t write with the aim of pleasing one’s younger self. That sounds self-absorbed, like a sort of narcissistic fanfic. Also, the teenage me made judgments about books which I’d never make now.

Incidentally, I really don’t write to a “target age”. I have no idea how old you’re supposed to be, or not supposed to be yet, to read the Advent books. 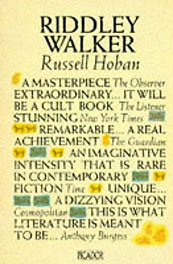 The story is in part about the breakdown of society – are there particular dystopias you ‘admire’ in terms of their construction?

I always think dystopian writing works best when you don’t know you’re in dystopia, or when the characters don’t know they are. Any portrait of a society is probably best done from the inside – telling the characters’ stories, rather than starting with all the stuff about evil governments or worldwide pandemics. So, speaking for myself, I’m more interested in (say) The Road than 1984, in purely literary terms at least.

If I had to pick my perfect dystopian novel I’d go with Riddley Walker. It’s one of my few shibboleth books. If you don’t think Riddley Walker is a masterpiece then you and I had best go our separate ways.

The scope widens with the second book – did you always envisage this as a trilogy with such a spread?

Not always. The first book is very much Gav’s story – a kind of homecoming, really – and in many ways I think it’s complete on its own. But of course the story of the rediscovery, or remembering, of magic is going to affect the whole world, not just one English teenager, and I found out quite early on that I wanted to write about that as well.

How much has it altered during the writing? Have you found characters and settings needing more space than you’d originally believed?

Oh, enormously. I’m not a systematic planner or outliner. I wish I was, to be honest, but it just doesn’t work for me. No matter how clearly I think I’ve grasped the plot in my head, as soon as it starts coming out in words it turns out to have its own demands. 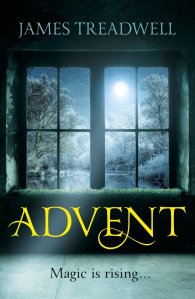 You wrote an interesting piece for Hodder’s own site about writing Advent and Anarchy; what element of the books do you think lays you most open to criticism?

It’s very hard to answer this without sounding like I’m secretly congratulating myself. “There are all these marvellous subtleties to my work which readers just don’t seem to appreciate…” Best not to go there.

I think all writers are pained by the difference between the book they imagine when they start and the book that eventually comes out. But none of us probably wants to talk too much about those differences. You just grit your teeth and tell yourself you’ll do better next time.

What books have left you with that sense of ‘The scenery, the magic, the wonder, the “pure imagination”’ that you describe in the piece?

It’s not a quality that’s “in” particular books, I think… It’s always as much to do with when and how you’re reading a book as it is to do with the book itself. Especially when you’re younger, you can feel completely immersed in a fictional world, almost without really understanding what’s happening there. I had that with the child’s version of the Iliad my parents gave me. Earthsea, definitely, and Tolkien. Narnia. Parts of the Dark is Rising sequence. More recently, it’s something George Martin does brilliantly well. And Neil Gaiman’s Stardust, which makes such a wholehearted commitment to being “just” a fairy tale.

Do you feel when you’re writing that that “territory of pure imagination” actually gives you as much free rein within your story as it would seem from the description – effectively you’re setting the rules, so they can be what you want them to be? If not, what dictates the boundaries? 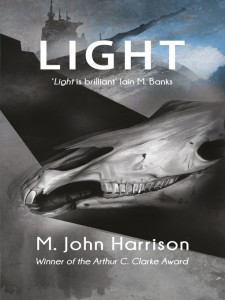 This is a version of that argument about “magic systems”, isn’t it? Though an interesting version…

I think it’s a fallacy that one is more or less constrained depending on whether one is aware of one’s fantasy world having “rules” or not. Writing just doesn’t happen like that: you don’t set yourself a bunch of parameters and then see what you can do inside your allotted space. I’ve just been reading M John Harrison’s Kefahuchi Tract trilogy. It would be obvious nonsense to say that because so much of the universe of those books is undefined, chaotic, freewheeling, baffling, this means Harrison gets to write whatever he wants just because he feels like it. Each sentence and paragraph of those books is incredibly disciplined, even though the effect is of randomness and constant surprise; otherwise they’d read like a GCSE art student’s attempt to do surrealist collage. Whether the universe of your story is full of explicit rules or a “territory of pure imagination” makes no difference to how easy or hard it is to write the story you want to write.

“What dictates the boundaries”? The story does. You’re trying to tell it the way it wants to be told.

Are we still creating new myths and legends now that people in a thousand years will see as being potent, do you think?

Interesting. No, I don’t think so. I don’t think we live in that sort of world. We have too much history. We’re too aware of our particular place and time, and the ways they’re unlike other places and times. There’s always a bigger perspective, or an alternative one. Myths and legends have a kind of self-sufficiency by their nature, I think. Once you contextualise them or historicise them they stop being myths.

Or maybe it’s just that there’s so much writing (and painting and singing and blogging) now. Myths and legends need an emptier landscape, I think.

What question have you always wanted to be asked about these but no-one’s ever got round to – and what’s the answer?

A metaquestion! I love it. It deserves a meta-answer: this one. And the answer is, “this one.”

Thanks to Kerry Hood at Hodder for her assistance in setting up this interview, and to David Barker for the author photo.

Click to read our reviews of Advent and Anarchy

and here to order Anarchy