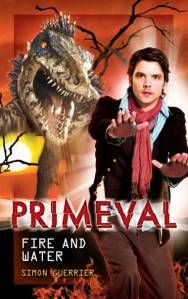 The team discover an unusual use for the anomalies…

The first (and following the show’s cancellation, probably the only) novel set in the post-Cutter era features the Danny-led team, and unlike some of its predecessors, fits neatly into the continuity established during the third season. This may have been a side-effect of the show’s delayed transmission – but it has definitely benefitted the story.

Taking advantage of a book’s unlimited budget, Guerrier sends Danny and Lester into a South African game reservation, where day to day life is deadly enough without the added problem of anomalous creatures, while Becker, Abby, Connor and Sarah have to deal with creatures in London, as well as a power play at the ARC itself.

Guerrier neatly fills a plothole in the third season, following Jenny’s resignation, and while Helen Cutter and Christine Johnson don’t make physical appearances in the story, their presence is felt behind the scenes. 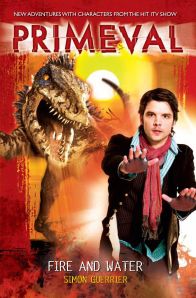 The action sequences are well written, and the characters’ repartee is faithfully captured – albeit without as many of the trademark “Connor-isms” that have peppered the earlier novels. Guerrier also raises some questions about the use the ARC’s research is put to which it would be interesting to see dealt with further in a later iteration of the show (although intriguingly, it did turn up in Terra Nova!)