Doctor Who@50: The Perfect Companions?

After the oddness of both the title sequence and the theme music, neither of which resembled anything that had been broadcast at teatime on Saturday evenings before, viewers of the very first episode of Doctor Who must have been rather relieved when the picture dissolved away from the police box in the junkyard. The new scene seemed far more familiar: a classroom that could have been anywhere in the country, filled with noisy teenagers, chatting, listening to music and otherwise engaged in perfectly normal pursuits.

However, it would soon become clear that the focus of attention was Susan Foreman, the Unearthly Child of the episode title – a girl who was a puzzle to two of her teachers, historian Barbara Wright and scientist Ian Chesterton. Going way beyond the call of duty, the pair decide to follow Susan through the London fog to her home at 76 Totters Lane. And it’s there that they encounter the biggest mystery of all – the TARDIS.

Across the show’s history, there have been various reboots, intended to allow a new audience to come along on the journey. The most successful have taken their cue from this first episode: introducing the various weird elements that characterise Doctor Who by showing them to ordinary people with whom the audience can identify. It’s not anything new in storytelling terms, and had been used successfully in earlier science fiction dramas, such as Pathfinders.

The original time travelling quartet – the Doctor, Susan, Ian, and Barbara – changed in character quite a bit during the pre-production of the show, and further tweaks would be made, particularly to the Doctor and Susan, between the filming of the original pilot and its remount a few weeks later. When the series was at its earliest stages, the characters described were “the handsome young man” who, it was believed, would get the most attention from children and teenagers. Older women in the audience were catered for with “the handsome well-dressed heroine aged about 30”, while the men would be interested in the adventures of the young man, but the addition of “the

mature man – 35-40 – with some ‘character’ twist” would seal the deal. This was expanded to include a young heroine, who in the early drafts of the show’s format by C.E. “Bunny” Webber, Susan was named Bridget, or Biddy, and wasn’t originally related to the Doctor. The handsome heroine was teacher Miss Lola McGovern: “Timid but capable of sudden rabbit courage. Modest, with plenty of normal desires”. The handsome young man began life as Cliff: “Might be classed as ancient by teenagers except that he is physically perfect, strong and courageous, a gorgeous dish. Oddly, when brains are required, he can even be brainy, in a diffident sort of way.”

Ian and Barbara were therefore there to act as audience identification figures in the strange worlds that Doctor Who would feature. The Doctor wasn’t the hero that he would become; he was the catalyst to get the hero and heroine into the perilous situations that they would encounter. And that’s what viewers would expect: after all, no one tuned into an episode of Fireball XL5 to see Professor Matthew Matic take centre stage. But during the production of the first season of Doctor Who, the character of the Doctor altered and instead of being an observer of events, he started to take an active role, remaining in a situation to put things right when he was perfectly capable of leaving.

Nowadays, the thought that the Doctor isn’t the hero of a story – with the possible exception of the Doctor-light episodes of the Russell T Davies regime – is tantamount to heresy, and we can have entire “seasons” where he travels without a companion. As that change began to filter through the show, the nature and role of the other TARDIS travellers had to change too. 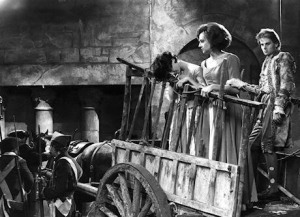 It has been made very clear by Carole Ann Ford that the character of Susan didn’t develop in the way that she believed it would, deteriorating into a screamer who seemed better suited to remaining on 21st century Earth than travelling around the universe in the TARDIS. Compare the character in An Unearthly Child with the petulant child of The Reign of Terror to see how much she had been diminished. However the grandfatherly nature of the first Doctor was an element that the production team were keen to maintain after Ford’s departure, and her replacements – Vicki and Dodo – were both characters whom Hartnell’s Doctor could protect.

But when Ian and Barbara left, a bigger question presented itself. Vicki came from the 25th century and although she was a normal teenager in many ways, she didn’t have the link with the audience that even Susan represented. Should Ian and Barbara have been replaced by other “audience members”? Clearly not. Indeed, did there need to be four people travelling through Time and Space in the TARDIS?

It was at this stage that the template for the rest of the 1960s was established – the Doctor had two younger companions, one of either sex. Steven Taylor, a future space pilot, was replaced by 1960s sailor Ben Jackson, and then by Jamie McCrimmon, a young refugee from the 18th century Battle of Culloden. When Maureen O’Brien departed, her place was taken by the short-lived Trojan handmaiden Katarina, and then by Jean Marsh’s Avenger-esque Sara Kingdom. Following her death, for one story only (on screen at least), the Doctor and Steven travelled alone, but at the end of that, Jackie Lane’s Dodo appeared through the ship doors. Dodo disappeared off-screen as Anneke Wills’ “dolly bird” Polly joined the crew; her successors in the control room were Victoria and then Zoe. There was nearly always someone who was out of their depth, so could ask the questions the audience wanted answering. They didn’t have to be from then-contemporary Earth after all…

The whole show underwent a transformation in 1970 with the arrival of the third Doctor, and the revamp of the format. The Doctor was no longer travelling through Time and Space: he was stuck on Earth and his companions reflected that – for one season at least. However it was soon realised that Pertwee’s Doctor functioned best with someone to act as mother hen towards, and Katy Manning’s Jo Grant admirably filled the bill, with assorted members of UNIT stepping in as the male companion. Pertwee’s final season saw him travel alone with Elisabeth Sladen’s Sarah Jane Smith – perhaps the most successful and best-loved companion. She was briefly joined in the TARDIS for the first few stories of Tom Baker’s reign by Ian Marter as Harry Sullivan, created when the producers weren’t sure if the new incarnation might be nearer the first Doctor, and need a younger man to take on the action at which Pertwee had been so adept. That format was adopted through the majority of Baker’s time, with Sladen replaced by Louise Jameson’s Leela, a character whose native intelligence helped her to ask the right questions – with the know-it-all computer K9 able to answer when the Doctor wasn’t present.

The balance shifted during the time that Time Lady Romana travelled with the Doctor – it sometimes seemed as if there were three very clever people (including K9!) chumming around together, all of whom could pilot the TARDIS and who only really got in trouble because they felt like it. Compare that with the 1960s line-up – the first Doctor didn’t know what he was doing; Susan may have made up the name for the Ship from its initials, but she wasn’t a pilot; and Ian and Barbara were, at least initially, very reluctant co-travellers. Still, it didn’t seem to be harming the show – aided by an ITV strike, it was this crew who achieved the show’s highest ratings. 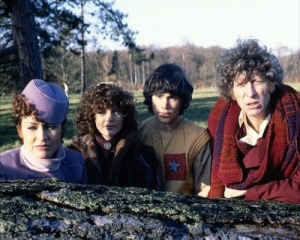 Incoming producer John Nathan-Turner, in tandem with his script editors, pulled the show back to its roots in this respect. By the time Baker regenerated into Peter Davison, at the end of JNT’s first season in charge, there was a quartet aboard the ship, at least one of whom (Tegan) was a contemporary character that really didn’t want to be there – but who, eventually, chose to travel with the Doctor. It did make the scenes in the TARDIS a bit like a soap opera (but, as has been pointed out, that’s how things often were in some of the Hartnell stories) and the death of the annoying and underused Adric altered the balance once more. After a few stories with just Nyssa and Tegan, a further young male, Turlough, was added – the last until the brief sojourn aboard ship of Mickey Smith over twenty years later – but it became clear that the writers didn’t know what to do with him either.

If the idea of a group within the TARDIS was dropped, then at least the benefits of having a contemporary companion were recognised, with Peri Brown, Mel Bush and Ace all hailing from the audience’s own time. The 21st century revamp has maintained this: the primary travellers have been young women from around the time of broadcast, but their roles have been dramatically altered. Interesting twists were tried with Tennant’s last season as the Doctor went around alone, and then with the Ponds – the nearest we’ve come to Ian and Barbara on board ship since 1965 – but since their departure, the show has reverted to the single companion. 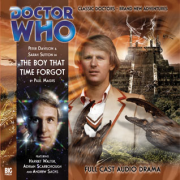 Outside the show’s hardcore fans, many of the classic companions have failed to make much of an impact – Sarah Jane was brought back to prominence because the makers of the 21st century incarnation grew up with her, and the strength of the writing and performance in her spin-off show raised her profile. Louise Jameson’s costume as Leela brought the show attention; people remembered K9, not necessarily for the right reasons. For the fans, though – as the success of Big Finish’s Companion Chronicles has demonstrated – the companions have been an essential part of the show: they are a doorway to the Doctor, and it’s been interesting to note how many have been “rehabilitated” in the spin-off media, given roles that they didn’t have in their televised stories. Even the reviled Adric made amends in an audio story (it may have helped that he was played by Andrew Sachs!). Ian and Barbara are currently appearing in the anniversary special story in Doctor Who Magazine.

The dramatic format of Doctor Who requires someone for the central character to talk (and show off his expertise) to; someone to walk through the Police Box doors and gasp in wonder, even if they take it for granted from thereon in. Ian and Barbara were simply the first.

This essay now forms part of Who Beyond 50: Celebrating Five Decades of Doctor Who. Click here to order it from Amazon.co.uk