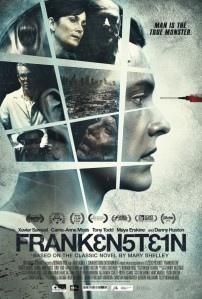 So they compromise everyone. How far will Darrow go?

That’s the question. What is he willing to do? Especially in Morning Star where he does become more thoughtful, he does learn all these lessons and become wiser.

Yes. I was surprised it was so accessible. I thought it would be so pretentious. It was so pulpy and so good!

There’s a great new version by director Bernard Rose, where he uses Shelley’s text as the monster’s internal narration – but there’s a dichotomy of the monster being simple, doing brutal things, yet talking (or thinking) in such an erudite way. With Darrow, did you find that you had a character who was doing brutal things and thinking too much about it?

Yes, I had to fight against that a lot.

Darrow has a penchant for several different things: one is violence. He likes it more than he says he does – and that’s his internal struggle. He actually likes rage. It’s where he finds himself. When he and Cassius are sitting there talking and realising that without war they are nothing – that’s the strange thing about it for him. Something he hates, defines him – and he likes it a little bit.

But there is that inner poet in him to a degree – it would be a very barbaric type of poet, not like a Roque – and I think that contrast is what makes it interesting. He’s always having to rein himself in.

I don’t want him doing these grand soliloquies on war or something like that – he’s a character built off kinetic action, a character built off velocity and momentum. The second momentum slows in the Red Rising series you see yourself looking at things differently. The entire book is about building up momentum. But every now and then it is nice to have him step back and look at it.

It’s good for the reader as well.

Yes, for the reader, but also to make him realise that there is that tension inside him, there is that fear of war, there is that understanding of what he’s doing in a kinder degree than his outer actions would appear. 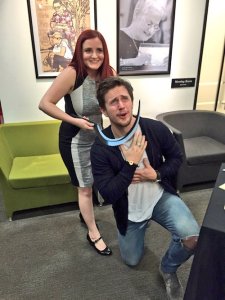 He is a sociopath! Multiple personality disorder!

You have written a majorly sociopathic character who is put into situations where that sociopathy sometimes gets mellowed – sometimes he finds other ways of being, rather than following his natural sociopathic instincts…

Yes, and the characters around him, the Golds around him, are the ones oddly that make him less of a sociopath, and they save him. Where would he be without Mustang, without Sevro’s loyalty? He would have gone off the deep end long ago…

And at the start of Morning Star we see what happens when Sevro doesn’t have Darrow!

Without Darrow to temper Sevro, Sevro’s the same way. A lot of times you need the two people to balance each other in that respect. But the funny thing is the savage Sevro makes Darrow less savage. Which is a lot like life – my crazier friends teach me to be more calm.

So how are you getting round that in the scripting? 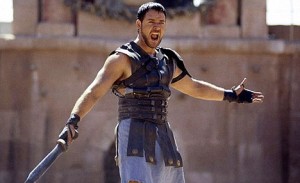 A lot of it has to do with simplifying the overall story so people know how direly he needs to do something and what lengths he will go to to get it done. It’s all about setting up the stakes, and then the mission because then the actor will show you the tension. Unless the audience knows why it’s so important, why it matters so much, why he cares so much, his actions are inexcusable.

A lot of book writers try to do too much when they write scripts, and my initial takes on it were too much. I’ve got much better at it now because I’ve realised that you have a team of people…

They’re fleshing out the skeleton you give them.

Exactly. You’re making a skeleton: it’s all structure. It’s not beautiful words, it’s setting up the stakes, setting up the relationships and letting it unfold.

Presumably there’ll need to be more dialogue than in the book?

Presumably yes. Dialogue, but also Darrow is at his most powerful when he’s alone a lot of the time in terms of his own struggles, and that’s how you see the reflection.

Which works fine for a radio play…

For sure. But that’s why Marc Forster has constantly referenced Lawrence of Arabia: it’s almost at its best during its silences. One of my favourite scenes is when the audience realises that Lawrence is lost to a degree when he’s wearing the white tunic and he’s on top of the coach and he’s drunk on his own power. You realise he’s a little bit gone.

Exactly. He believes his own myth. Those moments are the ones you try to build up to in the script.

Is it going to be more multiple POV or are you going to make some poor actor be in every scene?

I think that mostly it will stick with Darrow, but a lot will decide on the script that Universal decides to go with. My second draft, we stuck with Darrow, and I think they’re most comfortable with that because it is such a large world and unless Darrow’s experiencing it, it’s hard to really connect with it. 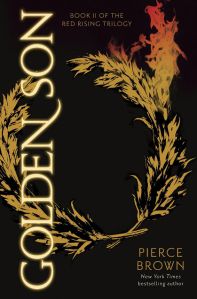 One thing I noticed with Golden Son particularly was the age of the protagonists. We know they’re teens in Red Rising; but it comes as something of a shock to be reminded in Morning Star that Darrow’s only 23.

Did you think he was older or younger?

Older. He’s not really in a society where people marry at 12 so 23 is mature. Is that something you had to keep an eye to keep him “young”?

To a degree. Darrow is in a great part inspired by Julius Caesar and Alexander. Alexander had already led a cavalry brigade of his father’s and killed the Sacred Band of Thebans when he was 16. I remember reading this thing about him weeping because he was so sad to see them dying – he wanted them to surrender, but he had to kill them. I remember thinking how quickly that would age a man.

The people who went to the Great War as teenagers…

…were old men at 21. That’s something I’ve been able to rely on a lot of times but I wanted to mature the plot and I wanted the characters’ ages to reflect that. I also wanted it to be believable. I didn’t want it all to take place within two years, or one year.

One of the great things about Star Wars is it pops in when the story’s good. It doesn’t play around with timelines – whenever the story’s getting good, it pops in. The Empire Strikes Back – in media res, right in the middle of the action, and it’s fantastic it does that I wanted to be able to do the same thing with Darrow’s character.

A lot of times, the early book he was written so maturely for a 16 year old, but look at the banter that the guys have – it’s all about dicks and shit and piss.

He felt an older character in Golden Son…

He was 19-20. Probably the biggest difference is in the writing: I wrote the first one when I was 23, and the second when I was 26. There was a gap there where I had to sell it and I did other things. That is reflected in the writing.

Which is where a first person unreliable narrator works so well!

I’ve done that! Now I want to try multiple POVs.

How much of the plot of the original trilogy did you know when you wrote Red Rising?

I knew all the major signposts along the way. I knew how book 1 would end and I knew the endpoint of book 2. Beginning book 2 was the hard part – the temptation was to show the Academy where he goes to learn the ships but I didn’t want to repeat the success of the first book. I’ve seen that done and I don’t like it because I roll my eyes. I wanted to do in media res, jump in the action there.

The overall story, I had vague notions in my head because I don’t really outline – much to the chagrin of my editor. He tears his hair out!

They’re making me outline the next book: he sits me down for three days and we just outline. It’s so much better than doing it by myself. The hardest thing is making a decision as a novelist because there are so many paths you can go down. If someone is smart about the subject matter and they’ve read everything, it’s the best thing because they can tell you you’re skimming too close to the surface of someone else’s story.

The hardest thing is that characters have to shape plot in the Red Rising world; plot can’t shape them. That’s why the POV is such a great tool because you’re with the character as he moves the plot. If he’s not moving the plot, then it’s not the interesting POV book you want, then it’s a literary novel. 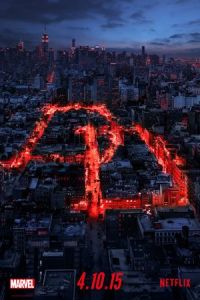 What have you read recently that’s inspired you?

I’m constantly reading non-fiction, to try to keep the well fully supplied. Everything Jared Diamond writes, I read the first 100 pages of every Gladwell book – and I’ve been reading Ancillary Justice by Ann Leckie, a wonderful book.

I’ve got Ulysses on my bedside table – I’ve not tried it in years. It’s just sitting there, mocking me silently. I bought it three times, then I lose it!

And I’ve started the Preacher comics in time for the TV show. I’m really obsessed with Daredevil – the themes they built in that are so good…

[and as Pierce is led off for his next interview, we’re still discussing the Marvel Netflix shows…]

Thanks to Rebecca Mundy for her help in arranging this interview