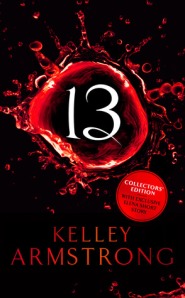 And so it ends – well, at least in one form. Kelley Armstrong’s Otherworld series has been one of the most dependable in fantasy literature: even the weakest segments have been better than many of the Twilight-clones that have infested the market over the past few years. And Armstrong doesn’t disappoint in this series finale, which incorporates damn near everyone who has featured in the books over the years.

It’s not the book to begin the series with, that’s for sure: even after reading all the novels, the short stories and the Young Adult books (which are set in the same universe, even if at a slight tangent), you need the helpful reminders that Savannah (or one of the other narrators) provides, particularly as there are plotlines from years back picked up here.

The characters have grown during that decade, and would make the decisions they’re faced with in this story very differently had they been presented earlier. There’s a growing maturity from those characters that need it – and some resolute lack of change from those for whom change simply isn’t part of their nature. There are gory deaths, betrayals, demonic visitations, mysteries, impersonations and terror and mayhem threatened – with it very clear that what we’re reading about is only part of the picture.

There’s a very nice prologue and epilogue as well: the former featuring the first time we met Elena from the debut novel Bitten, and the latter tying up some of the loose ends (as well as featuring the twins).

Hopefully Armstrong can be persuaded to return here from time to time, beyond those stories that are already promised. The characters are so rich that we know they’ve got a continuing life, as in the best novels – let’s hear about it.

Verdict: The Otherworld novel we’ve been waiting for. 9/10