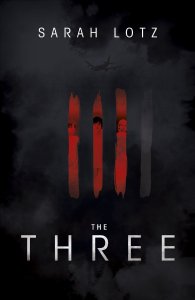 The world reels from a sudden spate of disasters as one aircraft after another crashes, leaving just three survivors…

With the disappearance of Malaysian Airlines flight MH370 still topping the headlines, Sarah Lotz’s epic saga is very timely. Having been working on a non-fiction book on the same topic, I know how meticulously she has researched the subject of plane crashes, and the very particular way in which such events are investigated – to the extent that her “quotes” from air accident investigation reports, and eye witness statements feel as if they’ve been extracted from the official records.

That’s not to suggest for one moment that this is a dry book – told in multiple voices (from a southern American prostitute to online conversations between Japanese youngsters), it paints a picture of a world which looks for meaning in something which is possibly meaningless, and tries to impose a pattern where one may not be. Like Stephen King, Lotz draws you in by grounding her tale in everyday events and given that the references to the minutiae of life are accurate for the UK, it’s reasonable to assume that readers worldwide will find it reflecting their daily patterns.

However, as the story unfolds, the horrifying truth becomes increasingly clear (to the reader if not the participants), with a growing sense of terror underlying many of the reports and the events they chronicle.

Lotz evokes the spirit of John Wyndham’s novels – that feeling of humanity under attack from forces which it would find hard to comprehend, and therefore dismisses as non-existent. There are many chilling moments within the story, but she saves the best for last – and it’ll give you a whole new perspective when you come to reread the book (which you will definitely want to do).

Click here to buy The Three in hardback from Amazon.co.uk