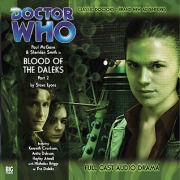 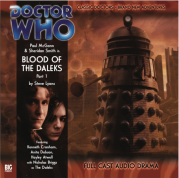 Before the original release of this story in 2007, I hoped that the Eighth Doctor audios would receive a kick in the pants. These two CDs, which present Big Finish’s BBC7 radio dramas with new material, did exactly that.

Over the previous couple of years, Big Finish’s output had been steadily affected by the tropes of the new series – they may be new adventures with classic Doctors, but there were elements that wouldn’t have been accepted were it not for the revamp in Eccleston and Tennant’s Doctors. Even simple things like the Doctor swearing – albeit mildly – were seen as taboo until Eccleston did it. Now, McGann’s Doctor is edging far closer to the earthiness that Eccleston pioneered so well.

Big Finish were understandably concerned about the 50 minute format – when episodes have overrun in the past, there’s often been a sag mid-episode – but that’s definitely not the case here. There’s almost too much going on in the opening part, with Sheridan Smith’s Lucie Miller suddenly appearing in the TARDIS, and the situation on Red Rocket Rising to be introduced, before the arrival of the metal mutants from Skaro. As a result, things seem a bit rushed at first, but the pace is better in part two, as the opposing Dalek factions battle (now where have we heard that before?).

It’s good to have conflict back in the TARDIS. Let’s hope that this friction isn’t forgotten within a couple of stories.

Verdict: A very promising start to this new set of stories.  8/10

The Eighth Doctor Adventures are on special offer this week at Big Finish: click here for details