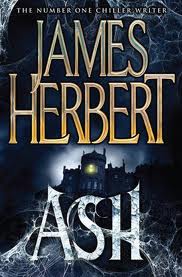 James Herbert’s first book in six years has been well worth the wait. Carefully plotted, with some genuine moments of terror, it takes an intriguing premise (what if the people most of us would like to see get their proper comeuppance actually did so?) and runs with it. There’s the occasional lapse into bad taste, and you have to wonder on occasion whether real names were removed from the manuscript as some of the “crimes” do seem very close to certain people, but there can’t be many people who could resist a small cheer at the fate that awaits some of those we meet.

Having researched a number of conspiracy theories for my own (non-fiction) book last year, it may surprise some readers to discover that a lot of what might be dismissed as fiction within these pages really isn’t… Equally of course, you’d have to be paranoid to believe all of it (although that’s what they’d like you to think…)

It’s a thick book, but Herbert maintains the pace, cutting between Ash and his own battle against the forces within the castle as well as his developing relationship with one of the staff members there, the actions of some of the residents, events away from Scotland, and the various plottings of an assassin whose time has come in a cruel way. There’s the odd convenient coincidence (Ash’s boss Kate has a handy set of friends who push the plot forward) and some of the information given early in the book perhaps allows the reader to second-guess much of what’s coming, but none of that detracts from a strong, well-told tale.

By the way, if you get the Kindle version, make sure you click back from the first page – the untitled preface, which gives all sorts of important information vital to understanding the book, isn’t set as the opener!

Verdict: A thoroughly enjoyable ride with a master of horror (who lives in the next village to me, so hopefully won’t set the next book too close to home!)  8/10