As a science fiction author who’s also been both a machine learning researcher and complex systems theorist, I love following as many scientific disciplines as I can, and letting them infuse my writing.

There are many fields that I find fascinating, and I’m lucky enough to have been able to make small contributions to some, by virtue of years of computing experience and wonderful friends in academic research. These include physics, evolutionary biology, psychology, and economics.

I see the duty of a science fiction author as being to inform and engage the public about science at the same time as telling compelling stories. The best science fiction, to my mind, kindles a sense of awe in the reader, along with a real interest in the puzzles that lie behind the natural phenomena we see. I’ve aimed for that goal in my debut novel, Roboteer, that comes out from Gollancz this summer.

With that vision in mind, I’d like to share with you some of my favourite pieces of recent scientific research, and to tell you why I, as a writer, find them so fascinating.

Physics: Quantum Mechanics in a Bucket

In 2005, a team of physicists led by Yves Couder discovered that the double-slit experiment, that most iconic of quantum mechanics demonstrations, could be reproduced in a bath of oil with a bouncing droplet. Since then, this result has led to an entire sub-field of physics, and one that I think shows extraordinary promise.

I love this result because, until that point, the dominant paradigm for interpreting quantum mechanics was as a sea of probabilities, with reality being a somewhat mystical commodity arising from a haze of uncertainty. While this interpretation has led to some fascinating fiction, it’s clearly just one way of formalising what actually happens in nature.

Couder’s result makes it clear that there are other ways for wave particle duality to arise that are not philosophically confounding and can be easily duplicated in a lab. That neglected piece of genius: Bohmian Mechanics, is suddenly back on the table for discussion.

As a writer, I’m also delighted at some of the quirkier implications that could arise from this. How about macroscopic quantum computing in your local swimming pool, for instance? Or perhaps intelligent lakes on Titan powered by slow motion ethane rain? 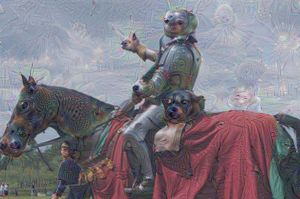 Just this week, Google released some extraordinary images derived using a technique they’re calling inceptionism. In this technique, they take a neural network that’s been designed to recognise patterns in pictures, and use it to generate output instead of categorising input. The results are beautiful, hallucinogenic, and, to my mind, the first unambiguous examples of true machine-generated art.

While it’s fun to revel in the extraordinary images, it’s also worth considering the deeper implications. If we have image recognition AI that can produce pictures of this quality, what happens when we use the same technique for different kinds of input? We might start with music, for instance. After that, we might consider training networks to classify short fiction, news articles, and even semantic representations of scientific hypotheses.

Whichever way you look at it, this work makes it clear that creativity, at least of certain kinds, is not the exclusively human bastion we imagined it to be. Indeed, we may have creative machines before we have intelligent ones. One can’t help but wonder what the implications might be for the arts, for business, or any other field of human endeavour.

In 2013, Jeff Clune and his collaborators produced a beautiful simulation straddling AI and network science, in which they were able to reproduce the evolution of modular networks. That work may explain why modular networks are so ubiquitous in natural systems.

I love this research because it touches everything from the development of brains, to patterns of gene regulation, to the layout and structure of animal bodies. But the potential of this research doesn’t end there. Understanding how and why modularity arises in complex systems could help humanity in a staggering number of ways. It could inform everything from the layout of our communications and power infrastructure to showing us how to write better, more robust software.

As a writer, I can’t help but see the future of the internet and social media hiding in this result. It begs me to write stories in which democracy is rebooted as a network of loosely-coupled social clubs, and where biorobots with swappable organs prowl our streets.

This May, Xiaoquing Hu and his collaborators released a paper that’s either heartening or disturbing depending how how you look at it. They were able to demonstrate that by combining tailored video content and sounds played during sleep, that they could encourage people to set down some implicit social biases. The paper suggests a form of therapy that might be able to combat racism, sexism, or a variety of forms of social extremism.

I can’t help but be worried by this, though. Our brains run on biases. Every decision we make in the absence of complete information is a form of bias. Classification of stimuli from inadequate data underpins all cognition. So while we sometimes don’t like the assumptions that people make, rewriting those assumptions strikes me as a provocative endeavour. We shouldn’t forget that with the power to defeat racism comes the power to defeat revolution. Which, for a writer, is a gold mine.

Just remember to turn the ringer on your phone off during the night. If you find it playing strange, familiar music to you quietly while you’re asleep, it may be erasing your bias against your mobile network provider. Or your government. 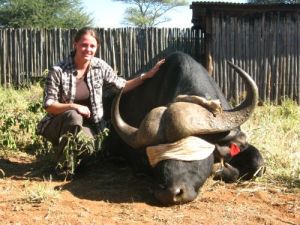 This year, Vanessa O. Ezenwa and Anna Jolles released a fascinating but worrying paper about buffalo. Specifically, it was about tuberculosis in buffalo. In it, they demonstrated that treating a population for one mild disease and improving its collective health can make it susceptible to another, more dangerous infection. The reason: strong animals last longer when infected than weak ones. If every member of the population is already slightly sick, a virulent disease will knock out hosts faster, giving them fewer chances to infect others.

This makes sense. Consider the recent Ebola outbreak. One reason why it spread so far was because it was less destructive than earlier varieties, and consequently reached more hosts.

The implication for the human population of our planet are profound. With our every use of antibiotics to control non-fatal disease, are we creating a perfect storm for the plague to come? It’s a troubling scenario to ponder and one we should be taking extremely seriously. It’s also a terrific piece of terrific dystopian fiction waiting to happen.

Roboteer is available now from Gollancz